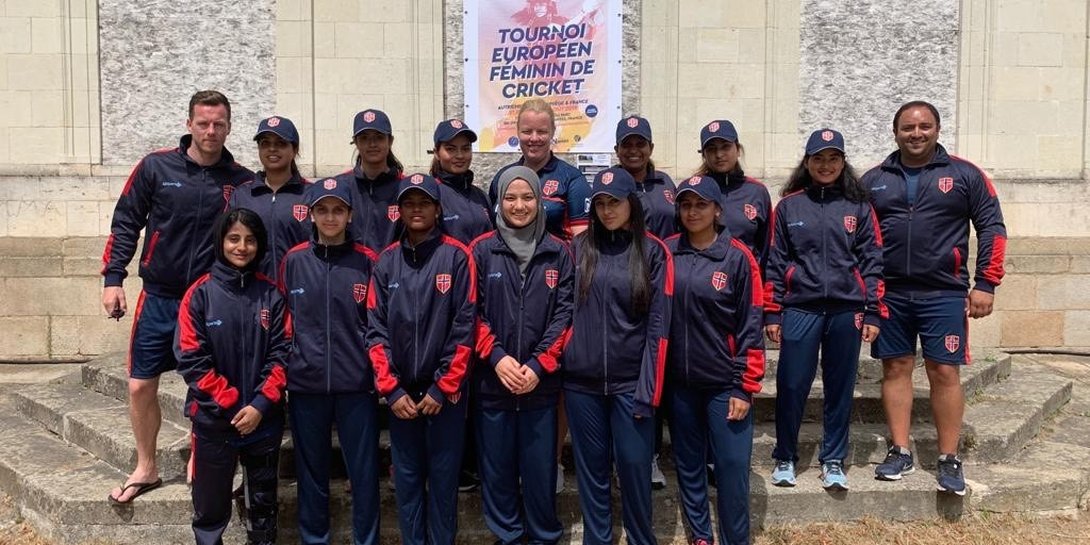 Women’s Cricket in Norway reached a new level when they won their first official International T20 Cricket match, against Austria.

Norway is taking part in a Quadrangular Tournament in the city of Nantes, France. This tournament features Austria, Jersey, Norway and the hosts France. All associate teams that play T20 Cricket now have International T20 status and Norway is proud to record it’s first victory on the international circuit.

A remarkable game against a very good Austrian side. The Women played really well and showed great character and determination on the field, backed by lots of positive energy.

The captain Razia Ali Zade was absolutely delighted with the win and had the following to say “I am very proud of the team, the way they showcased their skills on the pitch. We have been working really hard over the last few months. Mutaiba batted superbly, she gave us a score to defend. Her patience at the wicket was something to be noted and she built her innings very well to give a competitive target. We had fun as a team which helped build our confidence. I hope we continue to play well for the rest of the tournament”.

Woman of the match Mutaiba Ansar said the following to say “I am very proud of my innings (41*), I have worked very hard over the last three months. I like to thank my Coaches who believe in my ability. I hope our team continues to play well in the tournament and produce more wins, god willing”.

Coach Shaz Khan made the following comments, “I am extremely proud of how the girls played in their first ever International T20 game and particularly on a turf pitch. They have worked so hard over the last three months and their efforts showed during the whole match. The energy amongst the team was amazing and they showed a lot of character. They keep improving all the time and I hope we continue to play good cricket in the rest of the tournament”.

You can view the scorecard from the game here:TRYKK HER