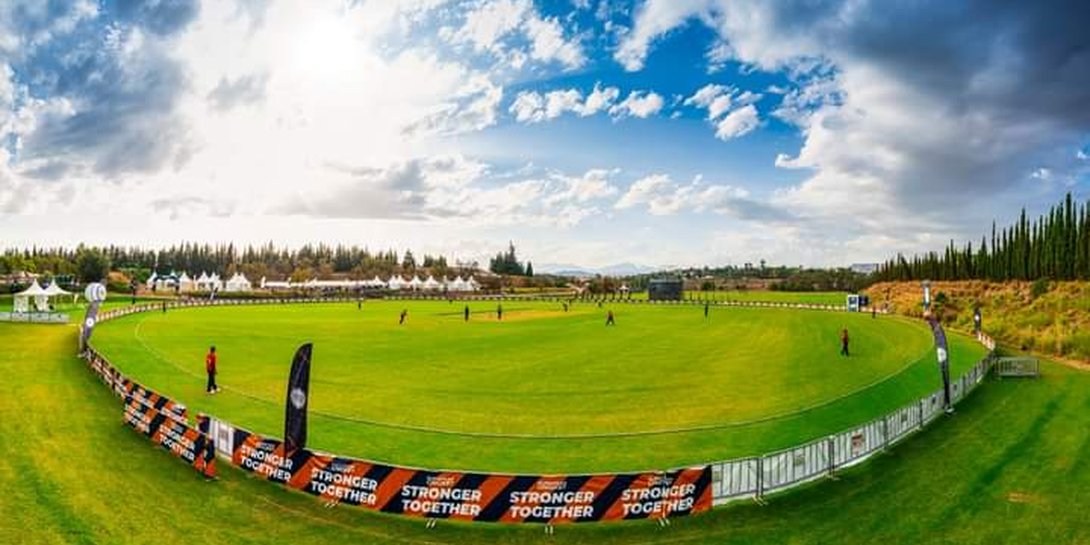 The men's national team arrived in Spain on Sunday afternoon to participate in Dream 11 European Cricket Championship, an international T10 tournament, one of its kind. T10 is a new format for us. For starters, the game is played only from one end of the ground with 50 meters boundary and 3 overs of powerplay. It is all about fours and sixes.

We started our campaign against our Nordic neighbour, Sweden. Bowling first, we had an expensive powerplay but a couple of tight overs meant we restricted them to 125 runs. While chasing we lost quick wickets but scored well in the 'middle' and had a big 7th over. Swedish kept it tight in the penultimate over and we had lost 9 wickets by then. Needing 14 in the last over with 1 wicket to go we managed to score 9 before losing the last wicket ending up losing by 4 runs at the end.

On the same day, we played our second game against Spain later in the afternoon. Here we batted first and had a decent start and scored well in a few overs. But a couple of small overs meant we could post a total of 112. We again had an expensive powerplay and the wet conditions because of rain during the match did not help us. Spain chased us rather easily in the 8th over.

The second day was pretty much washed out by rain. Our first match against Sweden was abandoned and the second match against Belgium was cut short to a 5 over game. It was an overall difficult day with a lot of waiting and eventually no win on the board.

On the third day, the team bounced back and they did it in style by comfortably beating the table toppers Belgium. We lost the toss and were asked to bat first. We had a good start and kept scoring consistently throughout the game putting 145 on the board. Our bowlers charged in and kept getting wickets at regular intervals never allowing Belgium to take off resulting in a 31 run win.

In the afternoon, we played our second game against Luxembourg. Bowling first, we restricted Luxembourg to 72 and chased them comfortably in the 5th over.

With two comfortable wins we got points on the board as well as it boosted out net run rate. Tomorrow will be a new day with new challenges. Our team looks forward to keep up the momentum going into the knockout round on Friday. Stay tuned. For scores and live streaming follow the ECN youtube channel. You will also find the interviews from the two men of the matches.